Heartland recently presented the city of Groton, SD an economic development grant for $5,000. The funds were awarded to assist with moving city hall and the library to a new location.

The building that now serves as city hall was previously occupied by Wells Fargo Bank. Its larger size and unique features create a better work environment as well as allow for new services. Residents can use the drive-thru to pay utility bills and other fees, return library books, purchase passes and more.

“At our old city hall, we did not have drive-thru services,” said Assistant Finance Officer and Librarian Kellie Locke. “Now residents can conduct their business without even leaving their vehicle. This has really helped during COVID.”

City employees are afforded more space to work effectively and conduct meetings in a bigger, dedicated space. The meeting rooms are also available to rent by residents and community groups.

With the move, the Wage Memorial Library has grown to hold more books and accommodate more visitors. It also offers reading nooks and a children’s area.

“We’ve expanded the library tremendously to include more children’s and adult books, DVD’s and a larger computer lab,” Locke said. “This summer we hosted a youth Storytime event and up to 40 children attended each week. We’ve also had a great turnout for adult arts and craft classes. These events simply weren’t possible in our old facility.”

The grant from Heartland was used specifically to purchase computers for the library as well as bookshelves.

“The community benefits greatly from this move,” said Heartland Director of Economic Development Casey Crabtree. “City Hall is now truly a community space, and city employees are able to better serve the residents of Groton.”

Heartland provides wholesale power and energy to the city of Groton as well as other public power utilities throughout the Midwest. They offer economic development grants to assist with community growth and development.

The outdoor design of the new Madelia Government Center has been unveiled for the public to see. The facility will be the home for Madelia City Hall, Madelia Police Department and Madelia Fire Department. The project is expected to be completed in the fall of 2022.

“The design will be a great gateway to the Madelia community at the prominent intersection of Drew Avenue and Main Street,” said Lee McCabe.

McCabe represents PHLAG Mechanical, who won the contract to build the project through open bids.

In early 2021, the Madelia City Council requested proposals to replace the current facility in downtown Madelia. The current facilities range from buildings over 100 years old to a small fire hall addition from 1985. The groups wanted to move into a space that was more efficient, affordable and kept pace with the changing city over the last 100 years.

Plans call for the current city facilities to be redeveloped and open much needed space to a growing downtown.

By having one shared structure, the organizations can utilize shared spaces throughout–along with shared services such as internet and heating/ventilation/air conditioning–all saving the taxpayers money from day one.

The new Government Center will allow the police station to be more visible to the community.

“Currently our police station is accessible only through an alley after business hours and weekends,” said Police Chief Rob Prescher. “By being more visible to the community, I believe it will enhance public safety not only to the residents of Madelia, but to visitors as well.”

“This is a long time coming,” added Fire Chief Ryan Visher. “Our current space is tight, and our meeting room is in the basement. We are excited to have a space that is more compliant and more readily accessible to highways and key routes in our fire district.”

Accepting the proposal from PHLAG set in motion a project that has been thought about for many years.

“Here we are, beginning a new chapter in the growth of Madelia,” said Mayor Mike Grote. “I believe what have here is a building our community will be proud of and will serve our community for many generations to come.”

Ask Sue Falconer what a typical day is like at work and her answer is pretty straightforward.

“A zoo,” she says, followed by her signature laugh.

Finance officer for the city of Arlington for the past 23 years, she says every day is different.

“I can go to work with a list of items I think I can accomplish that day, but only get one or two things done because other things come up. The next day, it might calm down, but you just never know,” she said. “One thing is certain–I never have to look for anything to do.”

Despite the often hectic environment, Falconer’s presence in the city office is steadfast–something her colleagues appreciate and rely on.

“Sue creates a positive atmosphere in the workplace,” said Arlington Utility Superintendent Marshal Mix. “Also, she knows everything. When we aren’t sure about something, we ask Sue. It’s kind of our motto.”

In recognition of her outstanding service, Falconer was named this year’s recipient of Heartland’s Distinguished Service Award, which recognizes exceptional employees at Heartland’s customer utilities.

Falconer has been working in finance her entire adult life. After graduating from Arlington High School she worked for Citizens State Bank in Arlington, and remained there until joining the city finance office in 1995.

She says the transition wasn’t too difficult. She performed a variety of duties during her time at the bank so learning the new role didn’t take too long.

When asked about her favorite part of her job, she is quick to answer–“working with the public.”

“We have a lot of nice people in this community, and I love living and working here.”

“I’ve often said there probably aren’t too many finance officers who talk to their mayor the way I talk to mine. If I’ve got something to say, I’m not the least bit afraid to tell Doc, and neither is he with me. We’ve always gotten along and don’t worry too much about what is or isn’t said,” she said.

Open lines of communication have been the key to their success–that and Doc learning Sue’s terminology.

“We talk a lot about ‘thing-a-ma-jiggers’ and ‘what-cha-ma-call-its,'” she adds, laughing.

Besides the people, Falconer appreciates how technology has made her job easier over the years.

“When I first started, the utilities were on the computer but you still figured everything by hand and then entered it into the system later,” she said. “The council was looking to modernize things when I got the job, and my first thought was, ‘thank goodness.'”

Falconer helped convert all of the city’s “giant books” of payroll, billing and general ledgers into digital systems, which simplified processes and made work more efficient.

“The guys don’t have to go out and read meters anymore. We can just pull the data from the meters and upload it.”

Committed to the community

Falconer’s ability to balance a busy schedule carries over into her personal life. A lifelong Arlington resident, her community involvement has included the Arlington Community Club (now the Chamber) and the local community theater group.

She’s also very active in the Badger Lutheran Church, currently serving as financial secretary and singing in the choir. She previously managed the youth Sunday School and music programs for 30 years.

And if there’s a home athletic event at Arlington High School, you’ll most likely see Falconer in the stands.

Most of her free time, however, is devoted to her children and four grandchildren, who all live less than an hour away.

Falconer truly enjoys her job and when asked if she has any immediate plans to retire, she says nothing is set in stone, but plans to be around a few more years.

Of course, Falconer’s peers at the city, who nominated her for the award, hope she’ll stick around much longer.

“Marshal told me they’ve already checked the front door and it’s wide enough for a wheelchair or walker!”

Falconer received her award in conjunction with Public Power Week, an annual opportunity for public power utilities, like Arlington’s, to remind customers and stakeholders about the distinct advantages public power offers. 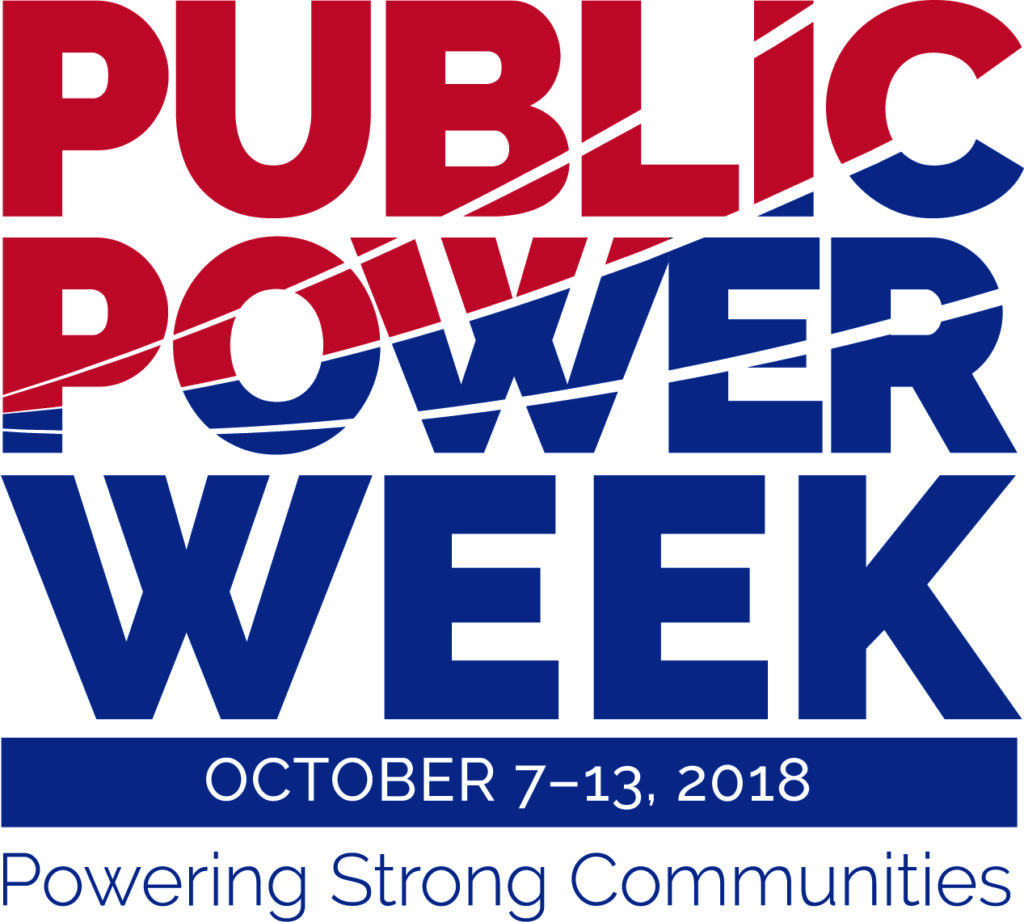 Heartland provides reliable power as well as energy services and community development programs to Arlington and other communities, state agencies and organizations in South Dakota, Kansas, Iowa and Minnesota.

“We’ve had the pleasure of working with Sue since her start at the city,” Hyland said. “She’s always worked diligently to keep the best interest of Arlington’s electric customers top priority and remains a valuable asset to the utility and community.”