May student of the month passionate about pediatric cancer research

Madison student recognized for his commitment and drive

Kevin Shan, a junior at Madison High School, has been named Heartland’s May Student of the Month. 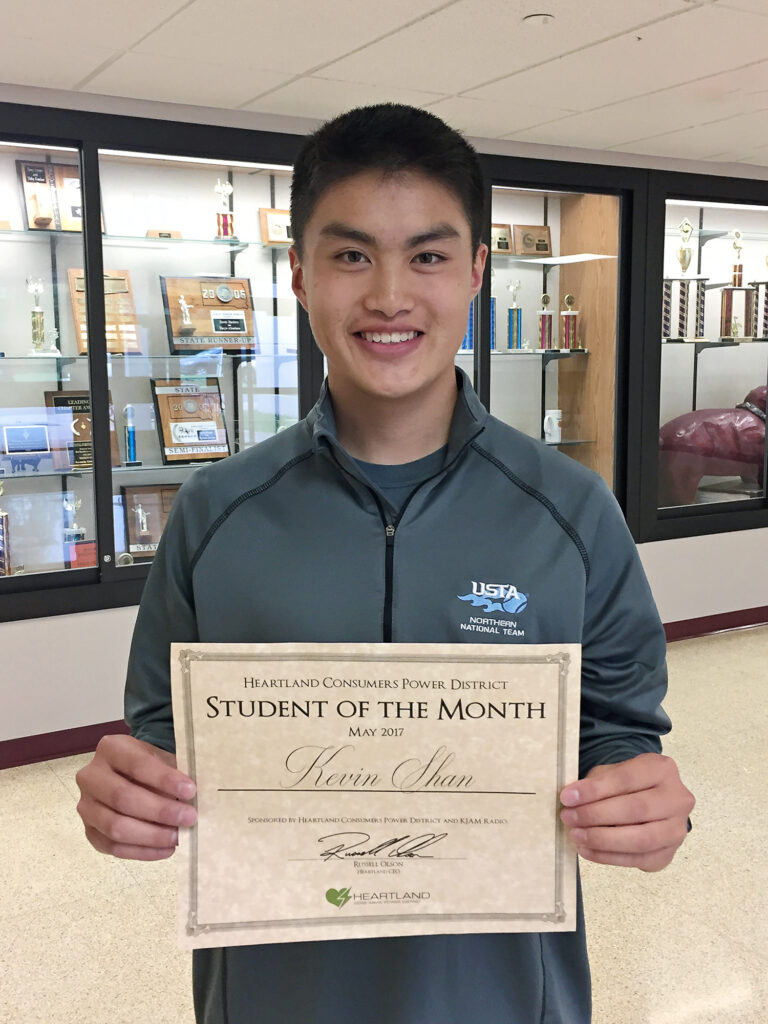 “Kevin is an outstanding student and leader,” said Madison High School Principal Adam Shaw. “He is passionate about his education and spends many hours volunteering in the community. We look forward to Kevin’s continued success during his senior year.”

Shan has a strong interest in the science and medical fields, especially pediatric cancer research. He participates locally in pediatric cancer charity Alex’s Lemonade Stand, and was selected to intern with the Sanford PROMISE program from Sanford Research this summer.

Shan is also a member of the National Honor Society, student council, and Future Business Leaders of America (FBLA), and participated in Hugh O’Brian Youth Leadership Foundation (HOBY). He is active in student congress and competes in debate, quiz bowl and oral interp.

Outside the classroom, Shan participates in tennis and recently placed second at the state tournament. He also plays the piano and is a member of the Madison Community Band.

Shan is the son of Gewei Cheng and Ronghua Shan. After high school, he plans to attend a four-year university to pursue a science degree in order to eventually attend medical school.

The “Student of the Month” is awarded through a partnership of Heartland and KJAM Radio in Madison, SD and recognizes exceptional students in one of five area school districts.

Heartland provides wholesale power to the cities of Arlington, Colman, Howard, Madison and Volga, all of which are in the KJAM listening area.  Each month of the school year, Heartland presents an outstanding student from one of these schools with a recognition certificate and small token, and advertisements announcing the winning student air on KJAM Radio.

Officials from each participating school nominate students for the award.  This is the sixth year Heartland and KJAM have teamed up to offer this program.