Ellen Lewis has been named Heartland and KJAM Radio’s October Student of the Month. A senior at Howard High School, Ellen is recognized for her many accomplishments both in and out of the classroom.

“Ellen is ranked number one in her class and constantly pushes herself to be better,” said Howard Superintendent Todd Lee. “She participates in countless extracurricular activities and takes rigorous classes such as advanced placement and college dual credit courses.”

Ellen’s interests and accomplishments range from sports and fine arts to high school clubs and activities and church youth group. She has received various awards for track, cross country and cheerleading, and is a member of her school’s pep, jazz and concert band. She is a two-year participant in Augustana Band and three-year participant in East Central and Big East honor bands. She also participates in color guard, all school play and the one act play.

Ellen has also received a number of awards for her academic achievements, is a member of the National Honor Society, and is sitting president of her school’s chapter of FCCLA. Outside the classroom, she participates in mission trips with her church youth group.

Ellen is the daughter of Kim and Cheryl Lewis. After high school she plans to pursue a degree in biomedical engineering. She hopes her education will lead to a job as an orthotic and prosthetic practitioner or another career in the medical field. 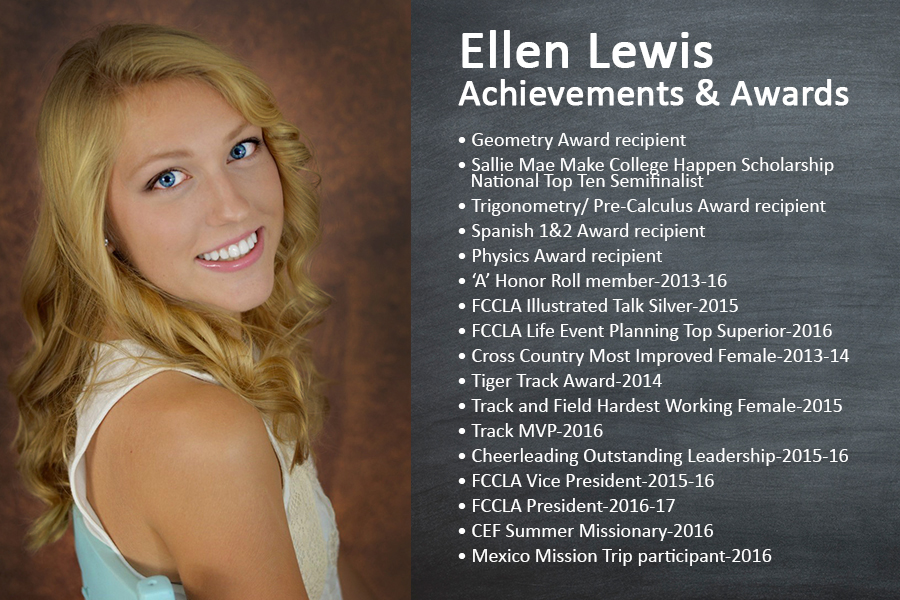 The “Student of the Month” is awarded through a partnership of Heartland and KJAM Radio in Madison, SD and recognizes exceptional students in one of five area school districts. Heartland provides wholesale power to the cities of Arlington, Colman, Howard, Madison and Volga, all of which are in the KJAM listening area.  Each month of the school year, Heartland presents an outstanding student from one of these schools with a recognition certificate and small token, and advertisements announcing the winning student air on KJAM Radio.  Officials from each participating school nominate students for the award.  This is the sixth year Heartland and KJAM have teamed up to offer this program.